Shutouts are rare in high school lacrosse, so even if it wasn’t tested much, East Coweta was happy to earn one in a 17-0 victory over Pebblebrook on Friday prior to facing North Gwinnett on Saturday, again at Garland Shoemake Stadium.

The win over Pebblebrook allowed the Indians to even its Area 2-6A/7A record at 1-1 while coming off a tough 8-7 overtime loss last week at Wheeler after taking a 6-4 lead into the fourth quarter.

But on Friday, whether it was Devin McCarragher or junior Hunter Beckworth in net, East Coweta’s defense had a less stressful outing against a Falcons team still in the infancy stage of their lacrosse program.

In its 10th varsity season, East Coweta scored at will led by senior Madison Duffessy’s four goals and one assists, with the scoring tally coming at a steady pace of nearly one for every minute of the opening quarter.

Less than six minutes into the game, the Indians already had a comfortable 5-0 lead, with Duffessy netting a hat trick by the end of the opening period including one in a man-up situation.

Senior Nick Daliet had at least four assists, three of which came in the first quarter.

Also on Friday, the Lady Indians fell at Whitewater 9-5, despite a pair of goals from Caitlyn Moore. Adelyn Ryan, Rebecca Ghyzel and Anna Robbins also scored, while Katie Owens made eight saves in net.

East Coweta’s JV girls, however, won its first game of the season by defeating Whitewater 11-6.

Local teams from Newnan, Northgate and East Coweta high schools begin state playoff lacrosse action today, starting with the Newnan girls and the EC and Newnan boys.The Indians of East Coweta – the 2017 Coweta Cup champions – are set to host the Walton Raiders today at 6:30 p.m. at Garland Shoemake Memorial Stadium. It’s the first time since 2014 that the Indians (10-4 overall) have qualified for the state lacrosse playoffs, and it’s the first time in more than five years since the EC boys have hosted a state playoff game. EC’s last two playoff games (2013, 2014) were on the road.Click here to read more. 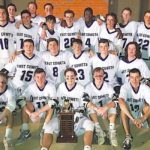 The East Coweta Indians’ lacrosse team had to stew for a year, but at last they got their redemption.

The Indians sprinted to a 5-0 lead in the first quarter and never looked back, defeating the Northgate Vikings 20-3 Friday night and winning the 2017 lacrosse Coweta Cup at Garland Shoemake Memorial Stadium. 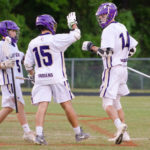